In December 2016 my Anukatariina hurry gradually settled down so I had more time to do other things - including my job issues :D

Sixth of December we have a holiday because of the Finnish Independence Day which was the 99th this time. And this time we decided to go out instead of just looking at the festivities at the Presidential Palace. Many different demonstrations took place that day, including some against and some for immigrants. The anti immigrant trains finally united with neo Nazis showing clearly the link between the organizations in spite of their statements denying the link. This time the police succeeded in keep the demonstrators with opposite opinions separated from each others. We took part of a minor happening at the Esplanade park, organized by some anti racist religious persons. We also visited the Christmas Market at the Senate Square in front of the Cathedral. 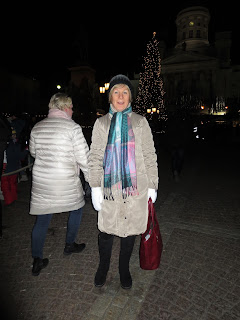 At the Senate Square 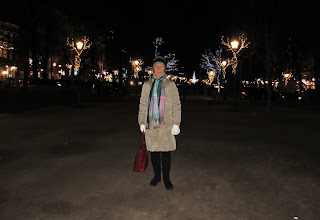 At the Esplanade Park 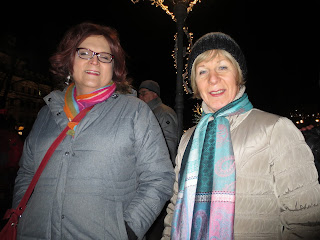 And of course there was a Little Christmas event organized by Dreamwear Club. I baked some traditional Finnish Christmas pastry which is called “Christmas tart”. We had a special guest Maimu Brushwood who performed her poems about life as another kind of human being. I also accompanied Tuija as she sang some Christmas carols. 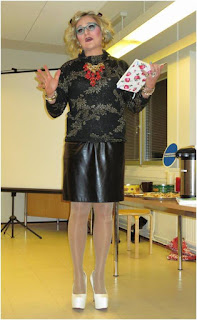 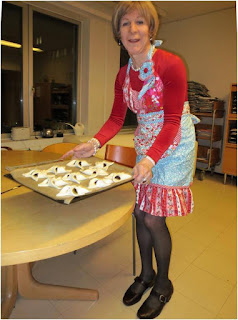 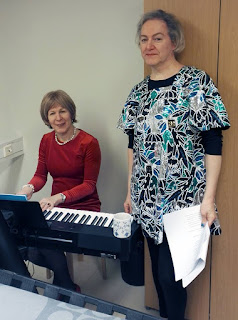 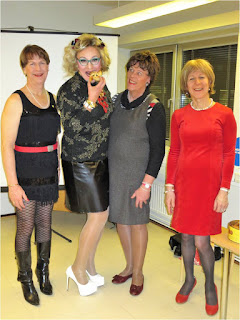 My belly dance group had its Christmas show 14th of December. The choreography was the same we had performed already in November. This time I remembered to smile all the time – resulting the partial absence of the basic posture of oriental dance! Well, you can’t have the all all the time... 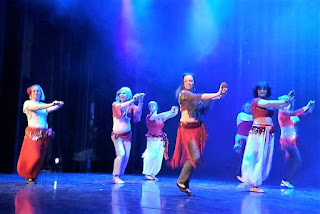 This Christmas time we were at home. It wasn’t white but a bit colder than one before that in Berlin with cherry blossom. My grandchildren visited and they gave me their present: a wooden necklace! The picture inside the box is an illustration of the angry artist in the shower. 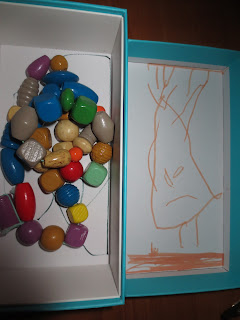 I have many special Christmas dishes, including swede in blue cheese and beetroot in goat cheese. I also make salted salmon every Christmas, to be eaten on rye bread. 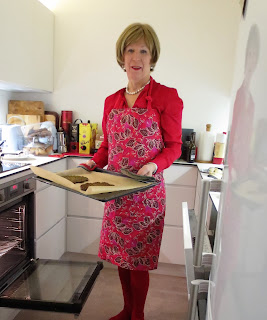 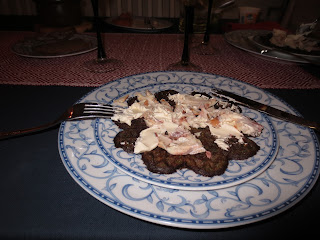 Making one of my specialties, nettle buckwheat pancakes with smoked white fish and smetana sour cream.

We also remembered the last Christmas when we had had our hot cherry beer at the very same market place where the sad truck incident took place. It reminds us how easy it is to lure somehow lost people to some too simple solutions. It also stresses the importance of integration of the immigrants.

The days before Christmas and the New Year have been peaceful, including the first taste of winter sale, some visits by relatives and updating the karaoke version of my song which I didn’t have time or energy to do it earlier.

The activities of the New Year Eve will be reported later. So far I wish you all a good one!
Lähettänyt Anukatariina Solonen klo 23.38 Ei kommentteja: